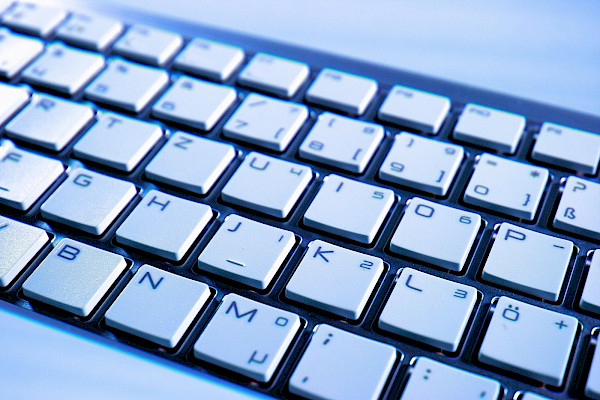 You've looked over your budget, and things are pretty grim. If you splurge on that brand-new $50 game, it'll cost you a week's worth of groceries. You can last that long without eating, right?

Don't go hungry. Instead, check out these awesome PC games that cost nothing, nada, zilch. Hours of endless fun can be yours at the low, low price of free.

We'll start by taking to the skies for a breathtaking tour of Hawaii.

Soar into the wild-blue yonder and earn your pilot's license in beautiful Hawaii.

Microsoft Flight puts you in the cockpit for a few aeronautic options, from completing missions to roaming around above paradise. You don’t need an expensive setup, either: A mouse and a keyboard will do.

Getting lonely? Invite some friends to fly along. Bored of the stock aircraft? Buy a new one to buy at the marketplace. Microsoft Flight is newbie-friendly and customizable to your preferred experience.

Before long you’ll be an ace pilot who rules the leaderboards—for whatever that’s worth. Check out our review in the link above, or jump right into the game.

It’s an endless war between the Red team and the Blue team, orchestrated by some elusive announcer. But Team Fortress 2 isn't just another class-based team shooter. There’s a rich background and lore...and lots of hats.

This has always been Valve's experimental game, with new concepts and game types—from collectible items to creating a real-money market—crammed into every update. Heck, if you play it enough you can make a profit from selling your items. Go ahead, make a career of it.

Push and pull, back and forth, attack and flee. Dota 2 is an epic tug-of-war that requires sharp skills, good timing, strong teamwork, and a whole bunch of flashy magic spells.

The goal is simple: Command a hero bristling with magical abilities to attack the enemy's heroes and structures, until their base is destroyed. Of course, the opposing five-person team will be doing the same. Knowing when to defend and when to attack is key.

Use the gold you accrue by killing anything to buy items that upgrade your attributes and abilities.

If you've mastered the 102 heroes, check outLeague of Legends, which plays slightly differently but is just as fun (and free).

What could be better than fighting your way through ominous, abandoned, otherworldly space outposts infested with aliens? Grab three friends and romp through this top-down, co-op shooter together.

Choose one of the four classes to suit your playing style. The Officer provides explosives and buffs to your damage and resistance. The Special Weapons carries a state-of-the-art automated turret. The Medic deploys healing beacons, and the Tech can hack, weld, deploy motion sensors, and more.

Choose your favorite flamethrower or shotgun and kick some extraterrestrial butt.

Planetside 2 is a cross between Battlefield 3 and an MMO, with a heavy dose of sci-fi for good measure.

Thousands of players from three different factions duke it out on foot, in tanks, or in the air, in persistent battles that can last days or even weeks.

The more time you spend in this endless struggle, the more experience, abilities and perks you gain —just like in a real MMO. Use those abilities to craft your role in the war as a leader, a bullet sponge, or a pilot who's just crazy enough to accept the mission.

Back in 1998, Half-Life defined a PC gaming generation: The game was was ambitious, advanced, and stunning. Then it got old.

If you missed out the first time around,Black Mesa is here to let you relive Gordon Freeman's great adventure—updated to the modern era. Physics, ragdoll effects, improved textures, revamped sounds, and great graphics bring it back to life.

The game is a near scene-for-scene re-creation of the 1998 classic. It takes you through the whole game up to the point where you enter the portal to the alien world, Xen. That content is rumored to be coming with a later patch, but in the meantime just enjoy what's already here.

You enjoyed your tour of Hawaii in Microsoft Flight, but it didn't have that bite—or the explosions—you crave. Enter War Thunder: a free combat flight game that pits you against other players.

Like Planetside 2, it’s advertised as an MMO, offering experience points and upgrades that could make you the best around. If you’re a history buff, you’ll get a kick out of the dozens of authentic WWII aircraft.

The game itself isn't all dogfighting. To start with, you’ll have to pick an appropriate plane for your bombing mission, naval attack, or escort duty. It’s all-out world war in the skies, and you won’t want to miss out.

Can’t get enough of the reimaginedBattlestar Galactica series? Then you'd probably give up your boring four-door sedan to take a Viper out and scorch some toasters. Keep your car: You can fly a Viper for free in Diaspora: Shattered Armistice.

The game, which spent four years in development, is based on the FreeSpace 2 game engine, for maximum Battlestar Galactica combat authenticity. Take the helm of either type of Viper, a Raptor, a Cylon Raider, or a stealthy Blackbird on various missions.

You can create your own mission or load up one from the community. You can even invite your friends and battle against them, human vs. Cylon.

Hook up your joystick and go defend the last remnants of humanity! So say we all!

NASA doesn't just explore the cosmos; it develops games, too. You can make the moon your home in Moonbase Alpha, but you'll have to earn your keep.

It's 2020, and NASA's moonbase is thriving—until a meteor strike ravages the base's solar panels and life-support system. It's up to you (and your willing friends) to repair everything—or just to mess around with robots, rovers, and the text-to-speech feature.

Moonbase Alpha is fun and educational, and it provides a great glimpse into the issues that NASA is currently working on to further our space exploration programs. Plus, jumping a rover off a tall moon hill might be the best free fun you can have.

Star Wars: The Old Republic was one of the most expensive games ever made...and now you can play it for free.

There are tons of free MMORPGs out there, but many of them have nasty restrictions or annoying cash-grab features. The Old Republic caps the number of credits you can earn, and leveling is slower, but you can experience each interesting and unique storyline for the eight classes.

When Bioware set out to make The Old Republic, it was the developer's first MMORPG. The game offers a single-player-like storyline with fleshed-out characters, surprising twists, and admirable voice acting—things not previously featured in MMORPGs. Not bad for no cash!

The above article was originally published by PCWorld and can be seen here.