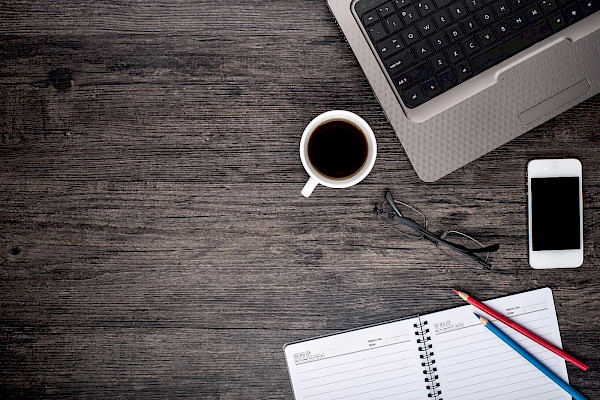 10 Tips to Turn Android Into a Business Phone

Android has shot past BlackBerry to become the third most popular smartphone operating system in the world behind Symbian and the iPhone , according to StatCounter. In the U.S., however, the Android is now No.1, according to recent reports by comScore and Neilsen. These reports found Android trending upward for pretty much every demographic group studied.

So, even if your organization doesn't officially support Android, don't be surprised if your company's employees are finding workarounds and shortcuts to make their business data and apps available on their handset of choice. That said, Android's pedigree as a business-class phone is a short one.

"BlackBerry and BlackBerry Enterprise Server [BES] are still the gold standard as far as the enterprise is concerned," says Christian Kane, an analyst with Forrester Research. "The early versions of Android didn't have the security features the enterprise requires, but that has changed. Each OS update raises the security bar and adds more features to appeal to the business community."

Android still has some work to do to match the control and power of BES, but it's not as much work as you may think. Here are 10 tips for turning the Android into a rock-solid business-class phone.

In the enterprise, business-class phones must have numerous security features. Some are complex. Some are ridiculously easy. Let's start with the easy stuff. Most people unlock their screen simply by dragging a finger downward. That is the default. It doesn't have to be. Within "Settings" under "Security," you can set a more complex pattern for unlocking your screen or set a password PIN.

With mobile malware hitting the Android Marketplace, you should make sure you have an antivirus program running. There are plenty of options available, many of them free. DroidSecurity and Lookout Mobile Security are two good ones.

Third-party tools, such as SecureAuth and PhoneFactor, deliver multifactor authentication to the Android, so users can securely access enterprise applications. SecureAuth can even tie into ActiveDirectory in order to manage mobile user identities as stringently as if they were on the LAN.

While it may not have the 450+ policies of BES, Google Apps can help you enforce security policies on the Android. Google Apps Device Policy Administration gives administrators the ability to enforce such policies as requiring passwords, encrypting data and setting screen-lock timeouts. This can also be used to remotely wipe lost or stolen devices.

Want to get even closer to BES-like functionality? It's possible with Android. The big difference, though, is Android is an open platform that encourages third-party development; thus, you'll have some decisions to make, since several MDM vendors deliver BES-like control over Android, iPhones and other mobile devices. According to Kane, Good Technology and Sybase's Afaria lead the pack. There are a number of challengers breathing down their necks, though, including AirWatch, BoxTone, MobileIron, and Zenprise. With MDM in place, you can encrypt data in motion, remotely enforce application password policies, remotely wipe enterprise data off of handsets, partition corporate data and set role-based access rights.

"Even with third-party security tools in place, one of the biggest challenges administrators face when managing Android is that they can't have sweeping policies that cover each and every OS version," Kane says. The same is true for iPhone. The way around this is to set a baseline that your organization will not go below. For Android, 2.2 should be the cut-off, while iPhones below iOS 4 should be stuck outside the corporate gate.

The resident email client on Android is, of course, Gmail, and plenty of people simply configure Gmail to pull in their enterprise accounts. That's fine if you simply want email access on the go, but for integration with Microsoft Exchange, it's lacking. TouchDown serves as a mobile client for Exchange, giving users secure access to their corporate email, calendar, contacts, tasks and notes. One of the big security holes in Android is that it lacks a fully encrypted file system – for now. TouchDown accepts all the major security policies enforced by Exchange Server, such as SD card encryption, PIN and password enforcement and password refresh. TouchDown also partitions itself, so no other applications are allowed to interact with Exchange data.

Email on the Android lacks some of the business-class features of full-blown desktop Outlook. DejaOffice adds features, such as notes and memos, that knowledge workers are used to. Other features include color coding for calendar events, the ability to create custom fields and the ability to link contacts to calendar appointments.

"Partitioning" is a word that has popped up in several of the above apps. Many apps protect data by employing a walled-garden. That's a good start, but it's not that difficult to pull out critical information and move it manually. Moreover, users can still be toggling back and forth between personal apps and business ones, which could lead to embarrassing or even damaging mistakes. Red Bend Software has a better approach. With Red Bend, IT can deploy corporate Android images as virtual machines. The business OS is completely partitioned away from the personal OS. In theory, businesses could eventually use Red Bend mobile virtualization to pick a specific OS that they support and which users could have running as a separate image on whatever smartphone they happen to have.

One of the early complaints that BlackBerry users had about Android was that it lacked a physical keyboard. Better input options like Swype are available. As the name implies, Swype lets you type by swiping your finger around the keyboard, rather than hunting and pecking. Another input option is Android's Voice Actions.

"Voice enablement of apps has progressed well beyond what most people expect," said Michael Lock, vice president of Enterprise Sales, Americas, Google. "You can navigate to a specific web page by saying 'Go to New York Times.' You can call a nearby restaurant, simply by saying 'Call Cheesecake Factory.'"

With Voice Actions, you can also send text messages or email, initiate Web searches and get on-the-fly directions. Final thoughts. In many ways, Google seeks to upend the category of "business phone." It's no longer just about calls and email. In the Android world, a business phone focuses on productivity, apps and convenient access to important data. Lock went on to discuss several pre-loaded apps that appeal to business users. Navigator now features real-time traffic conditions and alternate routing. Translator will help you with foreign languages. Google Goggles can serve as a handy business card capturing tool (in conjunction with the phone's camera), automatically entering the information into your contacts. Third-party apps also exist for expense reports, for generating electronic airline boarding passes and for e-signing of important documents and contracts.

For all your IT tech support needs, contact Farend, your reliable IT partner.

The above article was originally published at: http://www.pcworld.com/article/226536/turn_android_into_a_business_phone.html