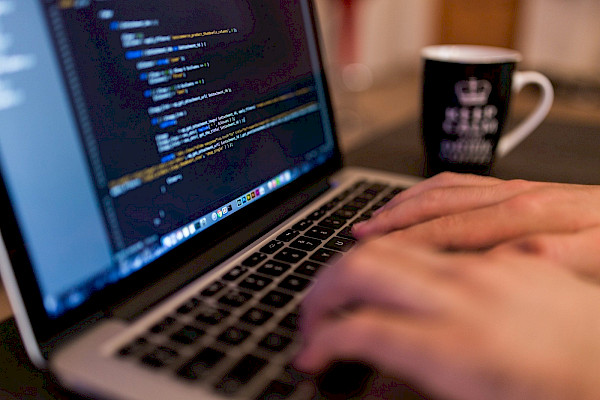 Executive Summary: “What is Cloud Computing?”

Does computing terminology constantly befuddle you? You're not alone. Nobody ever takes the time to explain new tech terms fully, and it seems we're supposed to figure it all out on our own.

I've taken time-out to explain a couple of tech terms that have been really popular this year in business computing. I'm starting here with cloud computing.The intention is to keep things simple, and I've deliberately avoided technical language. Of course, this means I can't be exact or precise, and more knowledgeable readers will have to forgive me if it seems I cut a few corners.

Cloud computing is simply this: the same stuff you do with your computer, such as office tasks or storing files, except done online.

The term ‘cloud computing' comes from the visual image of a cloud of data that floats out on the Internet, and which can be accessed from anywhere there's an Internet connection, on any computing device.

Perhaps the flagship cloud product is Google Docs, which offers a word processor, spreadsheet, and presentations package, all of which are accessed through your web browser. You don't have to save files to your hard disk--all data is saved automatically in Google's data cloud.

Many cloud services are accessed through a browser, as clumsy as that might seem. This is why companies like Google, Microsoft and Mozilla are paying a lot of attention to the speed of their browsers. Fast browsers are needed to run cloud applications well, especially as they get ever more sophisticated.

In addition to applications, the cloud also offers storage. This is where files are stored online, instead of (or in addition) to being stored on your hard disk. For example, DropBox adds a folder to your computer's hard disk and automatically uploads any files saved there to the DropBox cloud.

Why we need the cloud

But why bother with the cloud if our desktop and laptop computers already offer this kind of thing?

Cloud computing is built for the world of tomorrow, where we each use many different kinds of computing devices: desktop, laptop, cellphone, or tablet. The intention is to make the functionality and data we need always accessible no matter where we are in the world, and no matter what we're using to access the Internet.

In addition, cloud computing is cheaper for businesses. If an online storage service is used, there's no need to buy server hardware, for example, or to pay for staff to maintain hardware.

Of course, there are some downsides. Putting data into the cloud involves a lot of trust that the cloud provider will not let it leak out. Cloud providers are a little coy when discussing issues such as this. Additionally, cloud services tend still at a primitive stage compared to equivalents on a desktop computer--Google Docs is only a fraction as powerful as Microsoft Office, for example.

However, there's little doubt we'll all be embracing the cloud sooner or later.

Software as a Service (SaaS)

Often talked about in the same breath as cloud computing, Software as a Service (SaaS) is just another name for business software accessed via the cloud.

But if it's so simple, why is there need for new terminology above and beyond referring simply to cloud services? The term SaaS was coined primarily to indicate a different method of paying for software; unlike with traditional software, for which a license is bought for the lifetime of a single computer, SaaS works on a subscription model based on the number of users, plus the amount of time they spend accessing the service, and/or the amount of resources they use. As such, SaaS can be a lot cheaper than traditional software methods, and can also track a company's growth without the need to buy new computing infrastructure, such as data servers. If you decide to hire 100 new employees, you just open 100 new account subscriptions and let SaaS take the strain (and it will--SaaS providers typically utilize massive amounts of computing power).

It should be noted that SaaS refers to software specifically for businesses. Cloud services that can also be used by consumers, such as Google Docs, are rarely referred to in this way although the distinction is a little muddy.

Amazon Web Services (AWS) are a series of cloud computing offerings by Amazon.com (yes, the online store) that allows users to rent computers online, as well as storage, along with a handful of other specialized services.

The two main offerings from AWS are EC2 and S3. When first offered a few years ago, these two offerings revolutionized cloud computing.

Elastic Compute Cloud, known as EC2, lets people rent by the hour virtualized computing ‘instances' that run on Amazon's computers. Linux, Windows and other operating systems are available, and often add-on software is preinstalled, such as databases, or customer relationship management software. Users pay for the amount of power they need, and access the computing instances over the Internet (usually via secure shell, if using Linux, or remote desktop, if using Windows, but users can setup any system they like).

EC2 allows businesses to expand their computing resources for however long they need to, which could be a few days, or it could be a full-time affair: a business could rent an EC2 computer to host their website, for example.

Although EC2 computers are rented by the hour, they can be shutdown when not needed, such as overnight.

Amazon's Simple Storage Service, known as S3, allows businesses to purchase an almost infinite amount of storage online. Users pay for the amount of space they use, plus the amount of uploads and downloads, but it's all extremely inexpensive compared to virtually any other form of online storage.

As with EC2, S3 can be used for just about anything the user can think-up. A common use is to store large files offered for download on websites, such as videos. I use S3 to offer the PDF version of my Ubuntu Pocket Guide book for download, for example, and despite my readers burning through gigabytes of bandwidth each month, I only pay a few dollars.

The above article was originally published at: http://www.pcworld.com/businesscenter/article/215134/cloud_computing_the_executive_summary.html