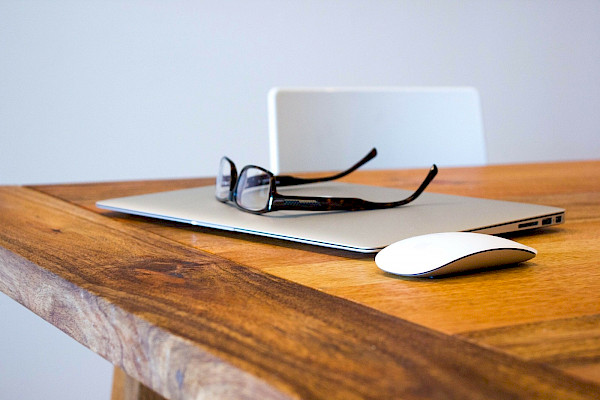 As anyone who’s tried it can tell you, expanding your business worldwide is no easy feat. It’s time consuming and it involves a lot of research and implementation – but the reward more than makes up for it. Having a larger client base is what every business needs in order to survive and flourish.

When considering going global in order to attract new customers, the Asian market is always promising. Getting a foothold in countries such as China, India and Japan means access to billions of potential new clients. In fact, 40% of the world’s internet users are in Asia, and believe it or not, China has 30% more internet users than the US.

Thanks to the internet and its role in today’s business world, the Far East is not as ‘far’ away as it was 20 years ago. If you already have a successful website for your home market, then you probably know about the importance of Search Engine Optimization (SEO). But creating a successful website for the Asian market also requires a good understanding of the cultural differences of your audiences.

American anthropologist Edward T. Hall proposed the theory of Low Context and High Context cultures. Low Context cultures, such as America, Britain and Germany, value words over context, and individualism over groups. In Low Context cultures, communication is generally explicit and direct – people’s meaning is largely conveyed in their words, rather than in the context of the situation, and people appreciate direct and clear communication. When it comes to website design, this means that a website for a Low Context culture should get straight to the point – no hyperbole about the brand or its values, just straight up info about the products or services, their benefits and prices (at least on the landing pages).

On the other hand, in High Context cultures, such as China, India and Japan, messages are often implied within communication, and people take a more indirect approach to communicating – the relationship and various statuses of the speakers plays a large role in meaning, rather than just what is being said. For instance, in Japanese culture, it takes an in-depth cultural knowledge to fully grasp a conversation between two native speakers because there can be as much communicated by what is not said as what is said.

In website design, this means that for a High Context culture, your landing pages may talk about your brand, its history and your values, rather than getting straight to the nitty gritty details about prices and products. It also means you may want to use more images and more animation – a bright, colorful and, to western eyes, cluttered website design will appeal more to the Asian aesthetic than the minimalism that is preferred by western/European web surfers. But more on that later.

Visual Communication is The Key

Coca Cola, Korea- compared to the .com website this one is clearly intended for Asia, pictures instead of words, animation, etc.

Translating your text into the target language is only the beginning when it comes to localizing your website for the Asian market. You must also take into consideration such things as color connotations, animation and preferences in layout.

The saying ‘a picture is worth a thousand words’ is particularly true when tackling Asia. Major international companies like McDonalds and Coca-Cola have their Asian websites packed with images of people enjoying their products, whereas those aimed towards Western customers rely more on clever text to deliver the message.

Although Flash is not always a good option when creating a website because of its tendency to slow down the loading of pages, you might want to consider it for the Asian market. High Context cultures enjoy graphical animations and sounds, even if it takes longer for a website’s homepage to load. From dancing letters to kids running around, western companies often let their Asian websites run wild.

Coca-Cola’s US website is simple – one image, one menu and links to a few other pages and its Twitter page. The Korean Coca-Cola website, however, has Coke bottles ‘walking’ across the screen and a mascot jumping around. You might want to consider something similar when attracting Asian customers – for this market, simplicity is not the key.

Keep in mind that you want to communicate your message visually, and that what might be considered an overload of information in the west would be considered a sign of reliability in a High Context culture. See the difference, for example, between McDonald’s Chinese website and its German website – the German site has one main image and minimal text, while the Chinese website has seven individual images or icons, plus a video player, and lots of text. Obviously McDonalds localization team have done their research and discovered that their Chinese customers prefer a high energy and high content website design, while their German customers prefer simplicity.

Coca Cola, Japan- compared to the .com website this is pretty chaotic, but does the job in Asia.

As with the images and animation, it’s always good to offer more to an Asian audience. In comparison to US websites, Asian websites tend to have a lot of menus and links. Because websites are short on information for a specific topic, what you end up with is more pages and menus.

Another thing to consider when designing your new website is the set-up of your navigation. Asian websites have a tendency to use parallel navigation around the site, compared to linear Western ones. This means that opening a new page on that website will open another browser window or tab, which would annoy many western web surfers, but is preferable for Asian webs surfers. And whereas pop-ups are generally a ‘no-go’ for Western websites, they’re widely accepted in the Asian market.

Similarly, having audio and video that starts automatically upon visiting a page is one design faux pas that’s guaranteed to have western web surfers clicking away from your site within a few seconds. However, these auto-playing clips are very popular in Asian websites – in fact, the more videos and animations and rich-content you can include on your website’s landing page, the better.

Pepsi, China- This respects the Pepsi brand color (Blue), but also uses Yellow, which is the color of Nourishing in China. Also Orange, which can be perceived in China as ‘life’.

Colorful websites are popular in Asia, but there is more to it than just adding a splash of yellow or dabs of green. Make sure you pay attention to the colors of choice as cultural significance is of great importance when it comes to color. In Western cultures red is associated with danger or passion, whereas in China it’s regarded as good luck and celebratory, and in India it is the color of purity.

Should your company’s branding be green, you may want to think twice before replicating the graphics on your Asian websites, as a green hat means a man’s wife is cheating on him in China. Even white, the color of angels and peace in Western society, might work badly for Asia, as it is the color of death and funerals in China, and unhappiness in India. Check out this graph for an idea of the cultural connotations of colors in different cultures.

For a safe pick, blue is generally accepted as a neutral color. But whatever your choice, be sure to do a little research before you take out the paint and brush.

You can’t create a good website if you don’t have the right tools. The main problem with adapting your website for the Asian market is the difference in characters and page layout. If you already have images and the body of text but want to change the remainder of the site, a cascading style sheet (CSS) is the best option. Your website’s appearance shouldn’t go within the HTML code as this would create a lot of work if you have, say, a hundred pages. With CSS, any change you make to your website’s design will be done instantaneously for every page.

Another great tool is UTF-8. Your next best friend when designing the Asian website, UTF-8 has unique character codes in over 90 scripts and 1,112,064 code points in Unicode, making even Japanese and simplified Chinese easy to use.

Another great fact to remember is that UTF-8 is supported by all major browsers, making it a safe choice when creating a website.

Sony, Japan- The localized domain here (.co.jp), as in the other example is a smart choice compared to mtv’s japan website: mtvjapan.com.

Once your images have been added, colors checked and tools adapted, there’s one more thing to consider – making sure your domains are localized. It’s recommended to buy individual top level domains (TLDs) for each country you target (for example, .cn for China and .in for India). In addition, make sure those domains are hosted on servers in the target country as this will help your rankings in local search engines.

If the separate top level domains you need are costly to set-up and time-consuming to maintain, an option is to buy a single TLD (www.example.com) and set-up individual sub-domains or subdirectories for each language on your site (www.example.com/cn/).

Although it may seem overwhelming at first, adapting your website for the Asian market is very manageable once you have a solid plan and know what direction to go in. Approaching China, India and Japan in their own way, according to their cultures, can go a long way to help your company grow. Take your time to familiarize yourself with this market and then watch your products fly off the (virtual) shelf.

The above article was originally published at: http://www.instantshift.com/2011/04/15/adapting-a-website-for-the-asian-market