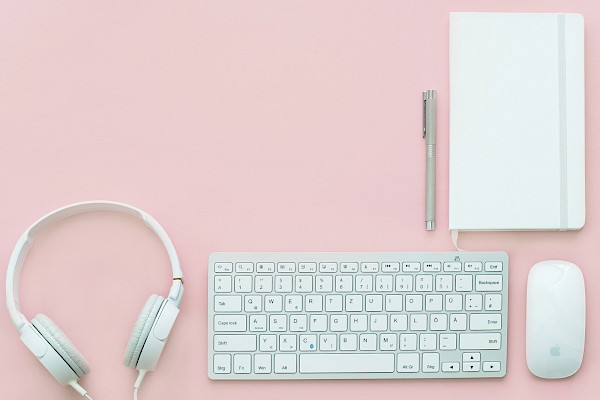 For designers, Android is the elephant in the room when it comes to app design. As much as designers would like to think it’s an iOS world in which all anyones cares about are iPhones, iPads and the App Store, nobody can ignore that Android currently has the majority of smartphone market share and that it is being used on everything from tablets to e-readers. In short, the Google Android platform is quickly becoming ubiquitous, and brands are starting to notice.

But let’s face it. Android’s multiple devices and form factors make it feel like designing for it is an uphill battle. And its cryptic documentation is hardly a starting point for designing and producing great apps. Surf the Web for resources on Android design and you’ll find little there to guide you.

If all this feels discouraging (and if it’s the reason you’re not designing apps for Android), you’re not alone. Fortunately, Android is beginning to address the issues with multiple devices and screen sizes, and device makers are slowly arriving at standards that will eventually reduce complexity.

This article will help designers become familiar with what they need to know to get started with Android and to deliver the right assets to the development team. The topics we’ll cover are:

When starting any digital design project, understanding the hardware first is a good idea. For iOS apps, that would be the iPhone and iPod Touch. Android, meanwhile, spans dozens of devices and makers. Where to begin?

The old baseline for screens supported for Android smartphone devices was the T-Mobile G1, the first commercially available Android-powered device which has an HVGA screen measuring 320 x 480 pixels.

HVGA stands for “half-size video graphics array” (or half-size VGA) and is the standard display size for today’s smartphones. The iPhone 3GS, 3G and 2G use the same configuration.

320 × 480 is considered a “normal” screen size by Android. As for “xlarge,” think tablets. However, the most poular Android smartphones today have WVGA (i.e. wide VGA) 800+ × 480-pixel HD displays. So, what’s “normal” is quickly changing. For now, we’ll say that most Android smartphones have large screens.

The variety of display sizes can be challenging for designers who are trying to create one-size-fits-all layouts. I’ve found the best approach is to design one set of layouts for 320 x 533 physical pixels and then introduce custom layouts for the other screen sizes.

While this creates more work for both the designer and developer, the larger physical screen size on bigger devices such as the Motorola Droid and HTC Evo might require changes to the baseline layouts that make better use of the extra real estate.

What You Need to Know About Screen Densities

Screen sizes are only half the picture! Developers don’t refer to a screen’s resolution, but rather its density. Here’s how Android defines the terms in its Developers Guide:

It’s a bit confusing, but this is what you need to know: Like screen sizes, Android divides screen densities into four basic densities: ldpi (low), mdpi (medium), hdpi (high), and xhdpi (extra high). This is important because you’ll need to deliver all graphical assets (bitmaps) in sets of different densities. At the very least, you’ll need to deliver mdpi and hdpi sets for any smartphone apps.

What this means is all bitmap graphics need to be scaled up or down from your baseline (320 x 533) screen layouts (note: there is also a way for parsing SVG files that provides a way to scale vector art on different screens sizes and densities without loss of image quality).

The bitmap requirement is similar to preparing graphics for print vs. the Web. If you have any experience with print production, you’ll know that a 72 PPI image will look very pixelated and blurry when scaled up and printed. Instead, you would need to redo the image as a vector image or use a high-resolution photo and then set the file’s resolution at around 300 PPI in order to print it without any loss of image quality. Screen density for Android works similar, except that we’re not changing the file’s resolution, only the image’s size (i.e. standard 72 PPI is fine).

Let’s say you took a bitmap icon measuring 100 × 100 pixels from one of the screens of your baseline designs (remember the “baseline” is a layout set at 320 × 480). Placing this same 100 × 100 icon on a device with an lDPI screen would make the icon appear big and blurry. Likewise, placing it on a device with an hDPI screen would make it appear too small (due to the device having more dots per inch than the mDPI screen).

To adjust for the different device screen densities, we need to follow a 3:4:6:8 scaling ratio between the four density sizes. (For the iPhone, it’s easy: it’s just a 2:1 ratio between the iPhone 4 and 3GS.) Using our ratios and some simple math, we can create four different versions of our bitmap to hand off to our developer for production:

The suggested organization and labeling of asset folders and files. In preparing our star graphic, all file prefixes could be preceded by the name ic_star, without changing the names of the respective densities.

You might be confused about what PPI (pixels per inch) to set your deliverables at. Just leave them at the standard 72 PPI, and scale the images accordingly.

Clients often ask whether they can use their iPhone app design for Android. If you’re looking for shortcuts, building an app for mobile Web browsers using something like Webkit and HTML5 is perhaps a better choice. But to produce a native Android app, the answer is no. Why? Because Android’s UI conventions are different from iPhone’s.

The big difference is the “Back” key, for navigating to previous pages. The Back key on Android devices is fixed and always available to the user, regardless of the app. It’s either a physical part of the device or digitally fixed to the bottom of the screen, independent of any app, as in the recently released Android 3.0 for tablets (more on this later).

The presence of a Back key outside of the app itself leaves space for other elements at the top of the screen, such as a logo, title or menu. While this navigational convention differs greatly from that of iOS, there are still other differentiators that Android calls “design patterns.” According to Android, a design pattern is a “general solution to a recurring problem.” Below are the main Android design patterns that were introduced with version 2.0.

This pattern solves the problem of having to navigate to several layers within an app. It provides a launch pad solution for rich apps such as Facebook, LinkedIn and Evernote.

The action bar is one of Android’s most important design patterns and differentiators. It works very similar to a conventional website’s banner, with the logo or title typically on the left and the navigation items on the right. The action bar’s design is flexible and allows for hovering menus and expanding search boxes. It’s generally used as a global feature rather than a contextual one.

This gives the user a simple way to search by category, and it provides search suggestions.

This design pattern is similar to iOS’ pop-up behavior that gives the user additional contextual actions. For example, tapping a photo in an app might trigger a quick action bar that allows the user to share the photo.

Using established design patterns is important for keeping the experience intuitive and familiar for your users. Users don’t want an iPhone experience on their Android device any more than a Mac user wants a Microsoft experience in their Mac OS environment. Understanding design patterns is the first step to learning to speak Android and designing an optimal experience for its users. Your developers will also thank you!

OK, so you’ve designed your Android app and are ready to make it a reality. What do you need to hand off to the developer? Here’s a quick list of deliverables:

How To Take Screenshots

Your product manager has just asked for screenshots of the developer’s build. The developer is busy and can’t get them to you until tomorrow. What do you do?! As of this writing, Android has no built-in way to take screenshots (bummer, I know). The only way is to just deal with it, and that means pretending to be a developer for a while and downloading some really scary software. Let’s get started!

The following software must be downloaded:

Then, on your computer:

On your Android device:

Now, for the fun part:

At CES 2011, companies rained down Android tablets, with an array of screen sizes. However, after a quick review of the most popular ones, we can conclude that the two important screen sizes to focus on in terms of physical pixels are 1280 × 800 and 800 × 480.

With the Android 3.0 Honeycomb release, Google provided device makers with an Android UI made for tablets. Gone is the hard “Back” button, replaced by an anchored software-generated navigation and system status bar at the bottom of the screen.

Android 3.0 got a visual refresh, while incorporating all of the design patterns introduced in Android 2.0. One of the major differences with 3.0 is the Action Bar which has been updated to include tabs, drop-down menus or breadcrumbs. The action bar can also change its appearance to show contextual actions when the user selects single or multiple elements on a screen.

Another new feature added to the Android framework with 3.0 is a mechanism called “fragments.” A fragment is a self-contained component in a layout that can change size and position depending on the screen’s orientation and size. This further addresses the problem of designing for multiple form factors by giving designers and developers a way to make their screen layout components elastic and stackable, depending on the screen limitations of the app. Screen components can be stretched, stacked, expanded and collapsed, and revealed and hidden.

The next Android release, scrumptiously dubbed Ice Cream Sandwich, promises to bring this functionality to Android smartphones as well, giving designers and developers the option to build an app using a one-size-fits-all strategy. This could be a paradigm shift for designers and developers, who will need to learn to think of app design in terms of puzzle pieces that can be stretched, stacked, expanded or hidden to fit the form factor. In short, this will allow one Android OS to run anywhere (with infinite possibilities!).

A Word of Advice

Do get your hands on an Android phone and tablet, and spend some time downloading apps and exploring their interfaces. In order to design for Android, you have to immerse yourself in the environment and know it intimately. This might sound obvious, but it’s always surprising to hear when even the product manager doesn’t have an Android device.

The above article was originally published by SmashingMagazine and can be seen here.