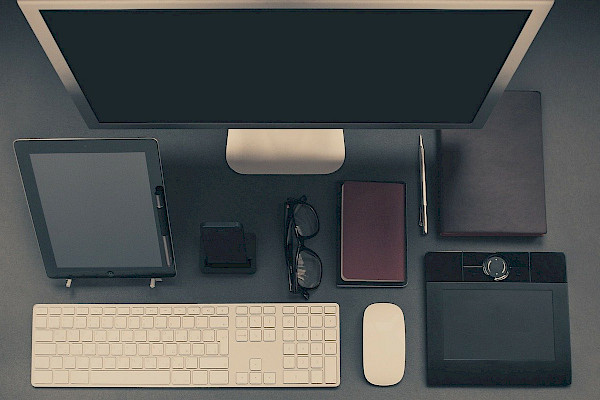 How to Cut Small-Business Operating Costs

Running a business doesn’t have to mean giving the world free access to your wallet. Here are seven ways you can start saving money for your small business today.

Most people expect that running a small business means heading to the bank, hat in hand, asking for a five- or six-figure loan just so they can get through the month.

Thanks to modern technology and the Web, however, that’s no longer the case. Savvy business owners know that numerous cheap and free tools work just as well as their expensive, brand-name counterparts. Here’s where to look for business bargains.

1. Open Source: Now More Than Ever

This trend has been a long time coming, and though we accept that you probably won't drop Windows for, say, OpenSUSE Linux anytime soon, it is now practical and cost-effective to stop using paid software and make the leap to open-source alternatives.

For virtually every expensive, closed-source piece of software on the market, you can now find a capable open-source alternative. Instead of buying Microsoft Office for $200 or more, try OpenOffice. Instead of plunking down $660 for Adobe Photoshop, use GIMP for free. You can bypass the $40 Norton Antivirus for Avast.

All of those alternatives are powerful and have virtually all the features of their competition. (The bits that they lack are items that you probably won't miss.) You can even find "Dummies" books for OpenOffice and GIMP if you need help getting started.

OpenOffice is among the free alternatives to Microsoft Office.Specialized apps have solid open-source alternatives, too, many of which are industry standards. For starters, take a look at LAME for MP3 encoding, HandBrake for DVD rips, and WordPress for blogging. With these apps and any of the multitude of free Web browsers on the market, you can pretty much fully outfit your business for absolutely nothing.

And if you don't like them, well, your credit card will always be there as a backup.

It has become fashionable to discuss "greening" one's business these days, but when you get down to brass tacks and the conversation turns to putting an array of solar panels on the roof, the audience starts to wander off. Major greening initiatives can cost tens of thousands to hundreds of thousands of dollars, and recouping that investment can take decades--at which point most of us would probably rather be retired.

The good news is that you can follow plenty of smaller steps to reduce energy consumption, lowering your expenses in the process.

Larger small businesses are wise to conduct a serious energy-use audit. If you have a small team or you work at home, though, you can take a few simple and nearly universal measures this afternoon and see the savings immediately.

Why buy when you can borrow? Inspired by the success of auto leasing, merchants are now getting into the realm of renting computers and gadgets, and the terms aren't nearly as ugly as they are on a new Mini Countryman.

The model works best for users of cell phones who don't make a lot of calls: Prepaid plans cost you by the minute, but don't lock you in to an expensive, multiyear contract. If you're going overseas, renting a phone for the trip can make much more sense than adding overseas service to your own phone (and, of course, forgetting to turn it off afterward).

Renting specialized equipment--projectors, large TVs for presentations, even high-end laptops--can also make sense if your needs are time-limited and unlikely to recur on a regular basis.

4. Stay Out of the Airport

The thrill of watching a frequent-flier mileage account grow has worn off for most people. In this era of body scans, TSA patdowns, and 3-ounce vials of shampoo, traveling just isn't the luxe picnic it used to be.

It's also not getting any cheaper--runaway fuel costs and a procession of international incidents all but guarantee that you'll pay through the nose if you book a flight today.

Solution: Don't get on the plane. With modern technology, the best way to reduce travel expenses is simply not to go. Videoconferencing is available in high definition via a multitude of services, and screen-sharing technology lets you share your work with colleagues in real time. Sure, you will always have a need to press the flesh in person on occasion, but the vast majority of business trips are rapidly becoming little more than expensive and time-consuming boondoggles, reminders of richer days gone by.

No surprise here: Moving services to the cloud can be a massive windfall for you and your business, saving you money in several ways.

The free, cloud-based Google Docs lets you take work everywhere.The most obvious is software. Even something as simple as Google Docs can eliminate the need to install software on every computer in the office--just tell everyone to point their Web browser to a Website, and, presto, you're in business. There's virtually nothing you can do with software that you can't do online with a cloud-based service, from invoicing (Zoho Invoice) to in-depth project management (Basecamp).

But the cloud doesn't just free you from software, it also lets you jettison expensive hardware. Cloud-based storage lets you park files online that would otherwise sit on an expensive and energy-hungry server in your closet, and cloud-based backup eliminates the need for external hard drives or, God forbid, tape--not to mention someone to manage it all and the obligatory safe deposit box to keep everything protected.

So come on up to cloud city: It's beautiful up here.

With "skype" now as perfectly acceptable a verb as "google," Voice-over-IP technology has more than arrived in the mainstream.

The benefits of VoIP are myriad: You get high-quality voice calls and (usually) decent-quality video calls to any other computer for free. And you can call any standard phone number, anywhere in the world, for a pittance in comparison to what the telcos charge you. (A sample rate: Calls to Algiers are 17.5 cents a minute!) You can even get a Skype telephone number for incoming calls, for just a few bucks a month.

Just add a headset to your PC, and Skype can serve as your phone.iPhone owners can use Skype over 3G, without a Wi-Fi connection, for free. That arrangement may not be as seamless as when you're in the office, but if we're talking about a small-business office without a roving salesforce, VoIP will fit the bill just fine. For that "just like Corporate America" feeling, you can even nab a Skype-ready handset that plugs into your computer and behaves as a real desk phone does.

7. Get Rid of Your Printers

Outrageous idea? You'd better believe it, but this radical experiment is worth a try. People put those "Think before you print out this e-mail" messages at the end of their missives for a reason, and it isn't really because of the environment: Printing is expensive.

Paper costs have been rising for decades, and the excessive price of printer ink and toner has become a national joke. With the increasing acceptability of digital submissions and signatures, it's time to ask yourself why you're printing at all. Gather up all the documents you print over the course of a week, and consider how you used each one. Chances are good that most ended up filed away or discarded, and the rest are likely to sit on your desk for weeks as little more than clutter.

I won't kid you: Relying on a printer can be a tough habit to quit, which is why it pretty much has to be cold turkey to work. Employees will complain (and so will you). They'll argue that printing is essential. They will demand exceptions to the rule. But if employees can't print, they won't print. And although in the short term you'll have to endure a lot of anger, in the long term you'll save an awful lot of money.

Sure, in certain industries--such as legal or print publishing--and job functions, paper is still essential and even required. But if you're able, give it a whirl and see what happens when you lock up the printers, even for just a week. If that isn't manageable, try a slightly less onerous alternative: Switch on the printers only on Fridays.

The above article was originally published at: http://www.pcworld.com/article/226438/how_to_cut_big_money_from_your_small_business_operation.html