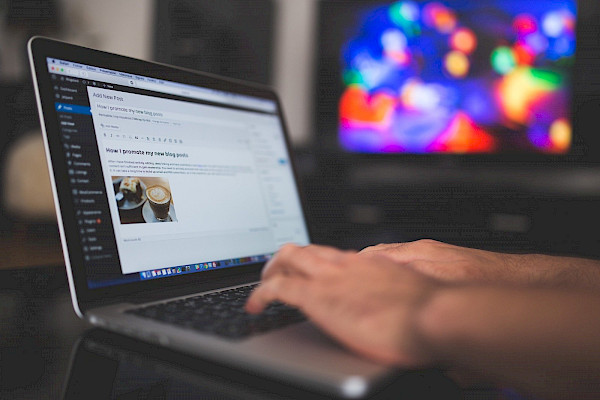 With the recent release of Firefox 4, Mozilla has put forth probably the most significant new version of its browser since Firefox was initially created from the remains of the original Mozilla browser suite. With a fully revamped look and feel, increased support for emerging standards, and a new browser engine, Firefox 4 is an extremely capable next generation Web browser.

And now that Firefox 4 is finally out, all of the major browsers, from Google Chrome to Microsoft Internet Explorer to Opera to Apple Safari, have seen fairly recent new versions released. With all of these browsers featuring improved performance, support for emerging standards such as HTML 5, and revamped (often Google Chrome influenced) interfaces, Web users have never had more capable choices when it comes to Web browsers.

So where does Firefox, still solidly the number two browser in market share behind IE, stand now with its new version? Firefox's biggest advantage is still its massive selection of extensions and add-ons. While other browsers have improved in this area, Firefox still offers users more options to customize and extend its browser through add-ons.

In many ways, Firefox 4 is now the safe, reliable, and capable choice of browser. Firefox is probably the best choice for someone who wants to stay away from IE (or wants to run a modern browser on Windows XP), but is turned off by the constant and rapid state of change in Chrome. And Firefox has some interesting new features to consider.

Like IE 9, Firefox 4 has adopted a sparse, Chrome-like tabs on-top browser interface and rather than having a menu of options all functionality is accessed through a single Firefox button in the upper left-hand corner. In general, this interface worked well and provided a clean view for using the Web.

However, this new interface isn't there for all Firefox 4 users. Only those using the browser on Windows 7, Vista, and Linux will see this interface. If you are using Firefox 4 on, say, Windows XP, the interface is still very similar to that in Firefox 3.x.

All users can now perform searches from the address bar and also switch to an open tab containing the search term from the address bar. Like most other browsers, Firefox 4 also now combines the stop and reload buttons into a single button and the bookmarks bar has been replaced with a bookmarks button in the upper right hand of the browser.

A nice new feature called Panorama makes it possible to visually view previews of all open tabs, making it nice for sorting through tabs. It is also possible to save open tabbed windows as a named group to be opened whenever needed.

By right clicking on an open tab, it was possible to define the site as an AppTab. Unlike the Pinning feature in IE 9, which lets sites and Web apps run in a standalone browser, this simply puts a permanent tab icon for the site on the left-hand side of the tab bar in Firefox 4.

One of the biggest strengths of Firefox is the many extensions available to customize and add functionality to the browser. Probably thanks to the long beta cycle, a large number of extensions are already working with Firefox 4. The new browser has also improved add-on management, using a browser tab for viewing and managing add-ons rather than a pop-up window. I'd like to see Firefox follow Chrome's lead in this and use browser tabs for all management functionality.

With Internet privacy still a major topic, Firefox 4 has added some new options to improve user privacy on the Web. Probably the biggest of these is its support for the Do Not Track header, a voluntary technology that sites can use to determine which visitors do not want to be tracked. One thing I didn't like was that, rather than putting the setting control for this feature in Privacy section of the Firefox options, it was instead somewhat buried inside the Advanced options in the General tab.

Now included by default in Firefox 4, Firefox Sync makes it possible to share browser settings, bookmarks, passwords, and histories across versions of the browser running on different systems. This works well but requires setting up a special online Sync account with Mozilla, unlike the Sync feature in Chrome that simply uses a Gmail or Google account.

Like all of the recently released and revamped browsers, Firefox 4 has a big focus on improved performance. In tests done using a variety of online performance benchmarks, such as the SunSpider JavaScript test and Futuremark's Peacekeeper, Firefox 4 showed significant improvement over previous versions and was comparable to other browsers in many tests.

However, in Peacekeeper tests, Firefox scored well below Chrome, IE 9 and Opera. Still, these tests are highly specialized and in most general use cases, any of the modern generation browsers will be plenty fast enough for most users.

In standards support, Firefox 4 does well and includes a lot of support for elements of HTML 5 (which is still not yet an official standard). Overall, HTML 5 support in Firefox 4 is very good. In other standards, Firefox also does well and in the Acid3 test it scores a 97 out of 100, slightly better than IE 9's 95 but below the 100 scored by Chrome and Opera.

As always, Firefox is available on a wide variety of operating systems. However, the interface differences between Windows 7, Vista, and Linux (which have the Firefox button and revamped interface) and Windows XP and Mac could make moving between systems a little more confusing than with past versions of the browser.

For professional and affordable computer support contact Farend, for free and no obligation consultation.

The above article was originally published at: http://www.informationweek.com/news/internet/229400780